Apple launched a new version of the macOS operating system called macOS Monterey at WWDC on June 7th, 2021. Compared with macOS Big Sur, macOS Monterey has more features and further integrates all your Apple devices. So what are the new features of macOS Monterey?

Apple has added a lot of user-friendly features in the macOS Monterey. In this blog, we've compiled the eight most noticeable new features for you. Let's find them out.

In macOS Monterey, FaceTime has many new features, such as SharePlay, Portrait mode, Spatial Audio, and so on.

Among these new features, the SharePlay feature is the most notable one. With it, you're able to share videos, songs, and screens with your friends while making FaceTime calls with them.  Inspired by the Portrait mode on iPhone, the Portrait mode of FaceTime can blur the background and put the focus on you.

The Spatial Audio feature makes the individual voice sound like it comes from the direction each person is on the screen. In addition, its Mic mode can isolate the noise in the background, making your voice sound loud and clear. 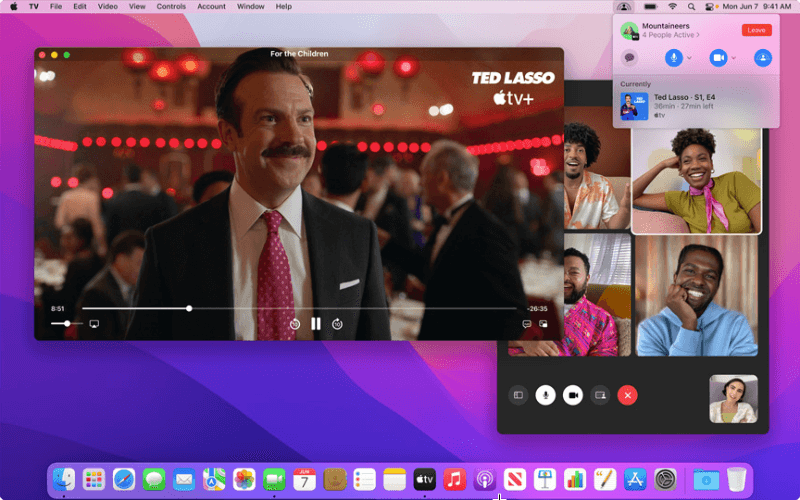 Universal control is one of the most compelling features of macOS Monterey. It integrates your iPad with Mac and allows you to use a single keyboard, cursor, or trackpad across devices. No need to set up. Just put your iPad and Mac next to each other and move your cursor freely. 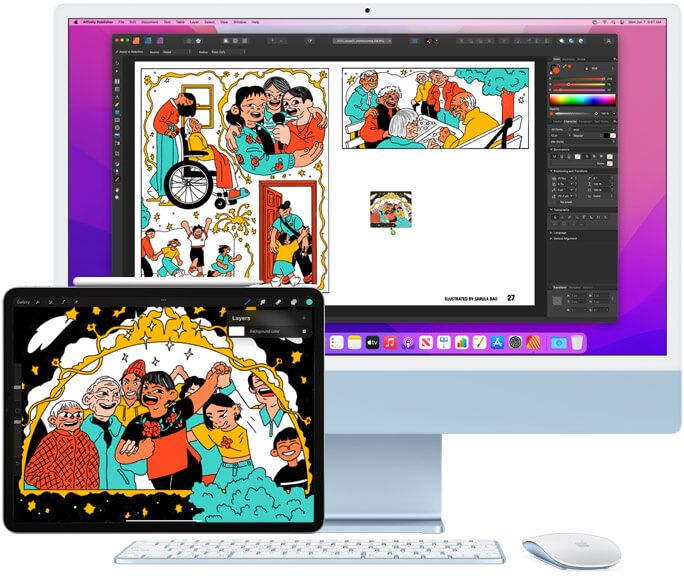 Finally, you can airplay any content from other Apple devices to your Mac. Whether you are watching a video, listening to a song, or making a presentation, you can cast it on your big Mac screen to get a better viewing experience and sound effects. 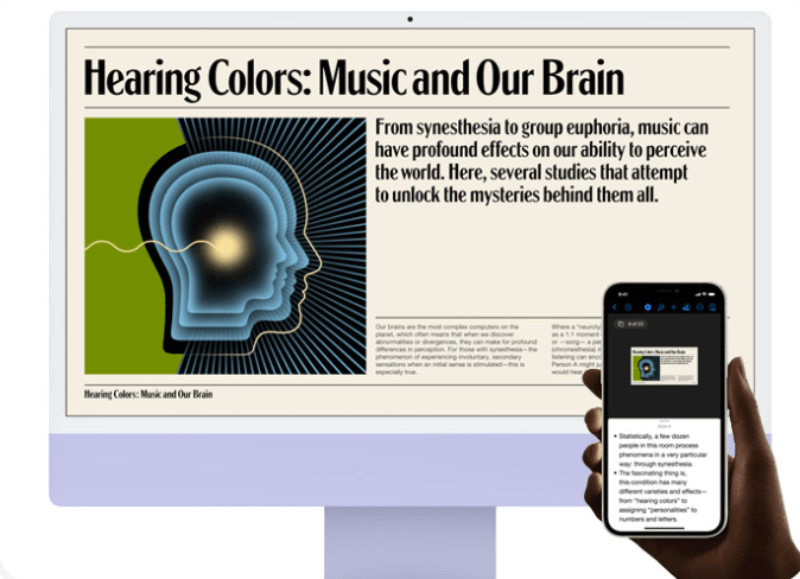 Shortcuts help you automate the things you often do, making your work more efficient. You can run them via Dock, Menu Bar, the Finder, Spotlight, or Siri. There are many prebuilt shortcuts in the ShortCuts Gallery, and all you need to do is find the one that meets your needs. Besides, you can also customize a shortcut and share it with friends or online communities through a private link. 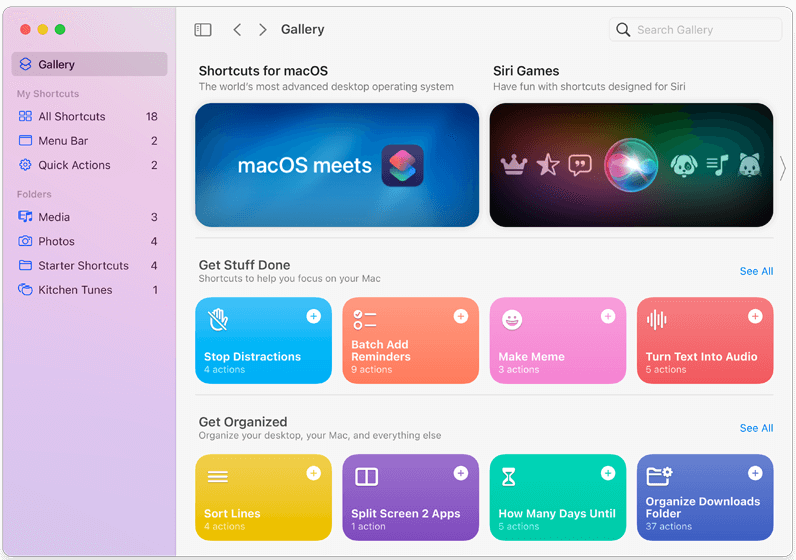 In the new version of macOS, Apple has redesigned the tab bar of Safari. The redesigned tab bar takes up less space on the page and takes the colors of the site you're on. In addition, you can save and organize each tab you need into groups according to your preferences and access them on any Apple device at any time.

Quick Note is a straightforward and easy-to-use function. It allows you to jot down notes wherever you're and whatever you're doing on the Mac, making it convenient for you to capture any ideas and thoughts. In supported apps, you can also add links to quick notes. When you return next time, your notes will be displayed there as thumbnails. At the same time, your quick notes will appear in the Notes, and you can easily find them on your Mac, iPad, and iPhone. 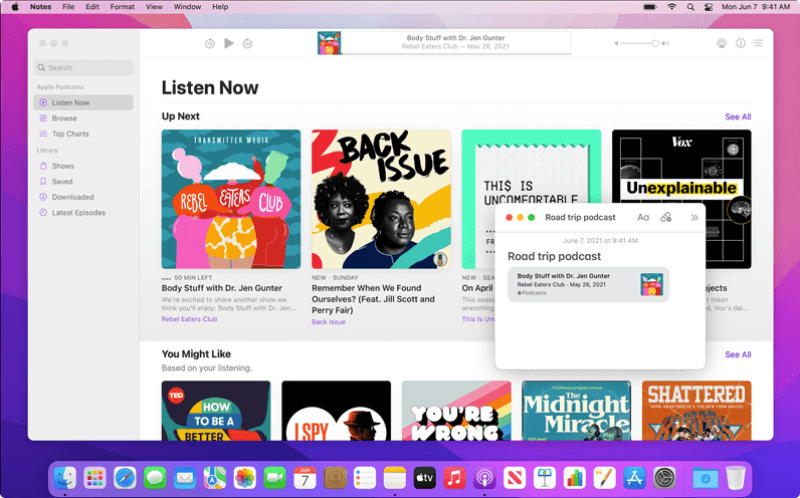 The Focus feature is an extension of the "Do Not Disturb" feature. It helps you concentrate on what you're doing by limiting the notifications, messages, and calls. When you are using Focus, others can see your current status in Messages. If you're afraid of missing some urgent messages, you can freely set which notifications can be allowed. 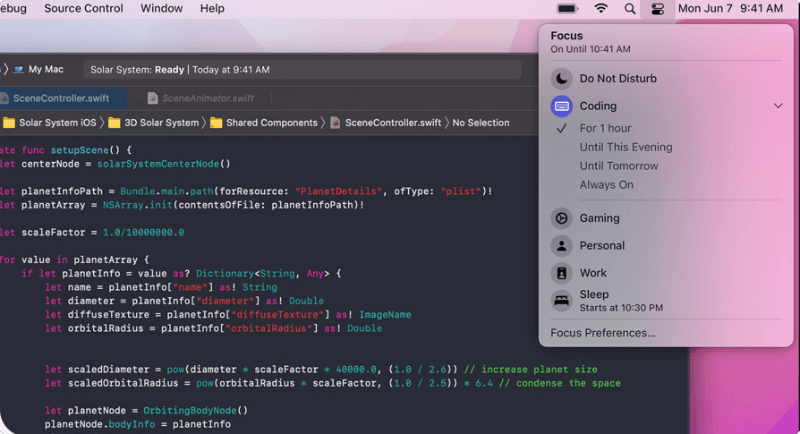 Live Text is a feature specific to M1 Macs and iOS 15 phones. It works the same as Google Lens, recognizing text in any image and allowing you to select, copy, and share it. And with the Translation tool of Mac, you can quickly translate any text you copy from photos into 29 languages. Currently, Live Text is accessible on photos in four places, including Photos, Screenshots, Quick Look, and Safari.

Although Apple claims to continue to support Intel Macs, the new features in macOS Monterey are more compatible with M1 Macs. Here are the Macs that can run macOS Monterey:

Now you have a better understanding of the eight new features of macOS Monterey. Which feature do you like most?

Want to test these features before the official release this fall? Download and install the macOS public beta or developer beta to have a try. For detailed steps, refer to the article: How to download and install macOS Monterey Beta.

Clean and Speed up Your Mac Like a Pro