M1X MacBook Pro to Be Released Soon, GPU May Be Up to 32GB

Apple announced that its second event of the year will take place on October 18 at 1 p.m. EDT/10 p.m. PT. The MacBook Pro with M1X chip and Airpods 3are expected to unveil at the event. 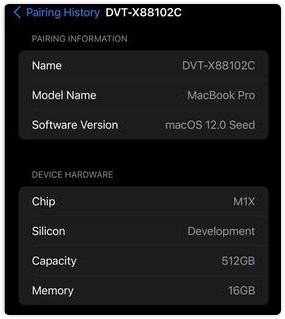 Rumors say that the M1X chip is expected to have a 10-core CPU and up to 32-core GPU with top graphics performance comparable to RTX 3070 series graphics cards.

In addition, the new MacBook Pro is rumored to come in 14-inch and 16-inch sizes. The screen will be upgraded to Mini LED. Compared with the ordinary LCD screen, the Mini LED screen can bring a better color effect, which is certainly a big attraction for professionals with high color demand.

Do you have expectations for the new MacBook Pro? Will Mac Mini also be released at this event? Let's wait and see!

Clean and Speed up Your Mac Like a Pro